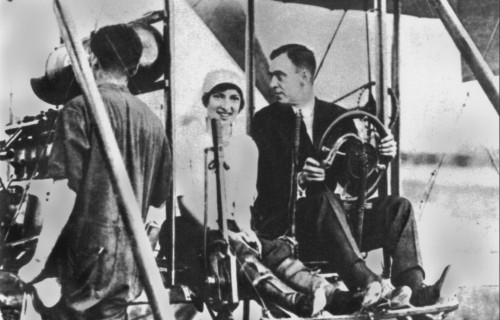 Pictured above in San Antonio is John Frost (great uncle to Tom C. Frost, current Chairman Emeritus of  Frost Bank) with Marjorie Stinson. During World War I, First Lieut. John Frost was awarded the Distinguished Service Cross for extraordinary heroism in action in attacking a formation of Fokkers.