Founded by Earl F. Slick in San Antonio in January 1946 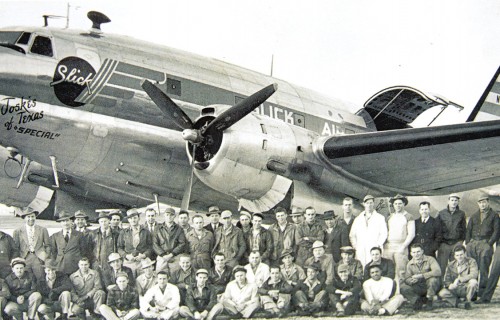 According to Wikepedia, “…Slick Airways had its original fleet of Curtiss C-46 Commando aircraft based at Lockheed Air Terminal (Burbank) and San Francisco Airport. In 1949, scheduled freighter flights to domestic destinations were commenced, and by 1951, the company had become the largest all-cargo airline of the United States…"