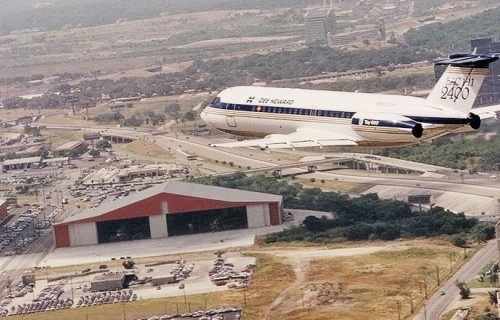 In the mid-1980s The Dee Howard Co. (DHC) had successfully launched its wide body Head of State program and had certified and was manufacturing and selling the Howard/Fage state of the art cold flow thrust reverser (TR).

Dee was always thinking about new business opportunities for DHC. He was told by OEM aircraft manufacturers when marketing the cold flow TR that, rather than purchasing the engine, nacelles, and TR from three different sources, they would prefer to purchase all three from one source, i.e., the engine manufacturer who could deliver the engines, nacelles and TR as one unit.

Dee saw this as both a threat to his ability to sell the cold flow TR and as an opportunity. So Dee decided to add a new DHC product line, i.e. the manufacture and sale of nacelles as well as TRs.

The next question for Dee was what was the best strategy for DHC to enter the nacelle market. There were already other well established companies in the market and it would be difficult for DHC to just start competing with those companies head to head without a proven product.

During this same time frame, the Federal Aviation Administration (FAA) and other similar regulatory bodies in other countries began responding to community pressure and implementing noise regulations that would become effective in stages over time. If the aircraft did not meet the noise regulation in force in the future, it was effectively grounded because it was restricted to the airports it could fly into or take off from.

Dee thought of a re-engine program as a way to launch a new nacelle product line for DHC to be sold with the Howard/Fage state of the art cold flow TR.

The next question for Dee was what aircraft to focus on as the launch aircraft for the BAC1-11 Re-engine Program. Several things came together:

So Dee had now identified the aircraft to launch his re-engine program, the BAC 1-11, if he could put in place all of the elements of the deal with prospective customers, Rolls Royce, and British Aerospace (BAE) whose predecessor, British Aircraft Corporation (BAC) was the original manufacturer of the aircraft.