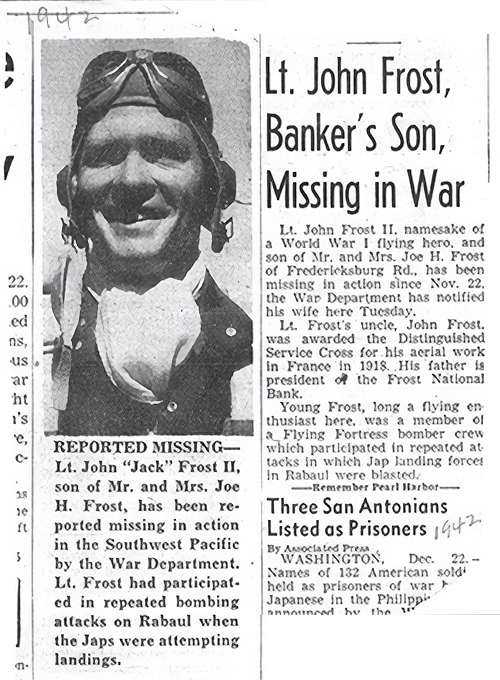 As stated in this newspaper article, Jack was the son of Joe Frost, Jr., then president of Frost Bank, and the nephew of John Frost, recipient of the Distinguished Flying Cross in World War I.

A special thank you to Tom C. Frost and his family for sharing this and other materials with us, they are a treasured part of San Antonio's aviation history.